Summiting Sniktau In January, Its Like a Little Bit of Everest (sort of)

Ah it was good to get out again. It had been months since I had been in the mountains and I had been trying to hike Mt. Sniktau for weeks. I wanted to climb this peak on New Years eve but the weather simply would not cooperate. But finally it all looked good for Jan 9.

I would be hiking with a new partner. John Nibarger. Don (my usual climbing partner) was unfortunately not available and John and I wanted to get out. So when the weather cleared, we were off.

John and I wanted to get out early to avoid ski traffic and to catch the sunrise. We left around 5ish and made it to Loveland Pass about 6:30. Another 30 minutes of getting our gear on and we were ready to walk. We were just a little late to catch the sun where we wanted it but we still got a great sunrise. 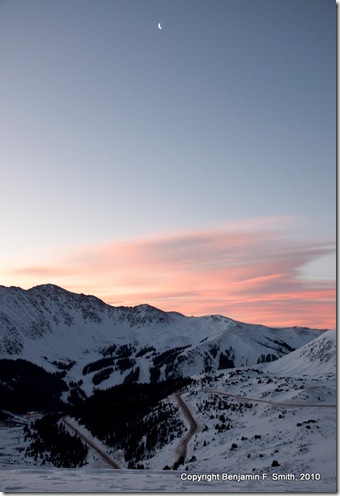 John and I ground our way up the nearly 900 feet to the ridge from the pass. Its always fun on this hike to hop out of your car and grind up 900 feet. We attained the top of the ridge in a relatively short time except for several photo stops on the way up. 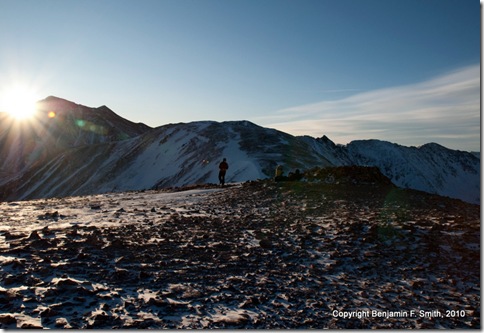 The Top of the Ridge at Just Under 13,000 feet. The Sun is Just Rising Above Torreys Peak

We turned North and headed along the ridge towards a few sub-peaks, another 13er, and finally Sniktau. The temperature was around 0 degrees F and the winds were light to moderate. The sky was brilliantly clear. 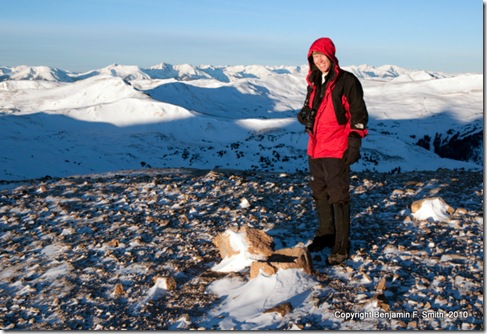 John with the Snow Covered Backdrop

As long as you were moving it was not too cold. Actually, for Sniktau in the Winter, the weather was incredible.

We ascended the final 13er before Sniktau and headed down the last saddle. From here it was a straight forward climb through hard pack snow, scoured rock, and sastrugi. 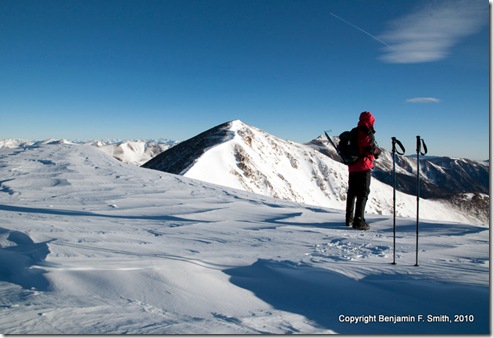 Mt. Sniktau Rises in the Distance from its Neighboring 13er

We began the relatively easy climb up through the snow and rock. We were cautious not to get too close to the cornice to the right of our route. From the bottom of the saddle it was relatively easy to pick out  a line to the summit. The snow was all solid. John cut up towards the right side staying mostly in snow. 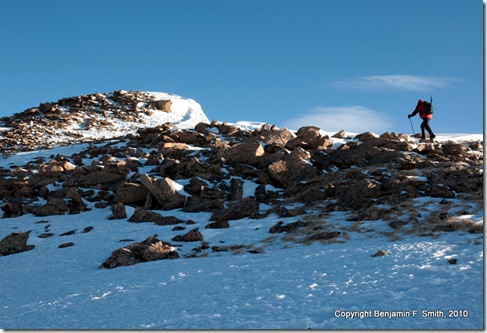 I took a line to the left through the rocks more on the trail but it did not really matter. It was all solid.

After a few minutes of climbing the final pitch we were nearly on the summit. The weather was still great. Cold and breezy at times but clear. We popped up on to the summit about 90 minutes after leaving the trail head. 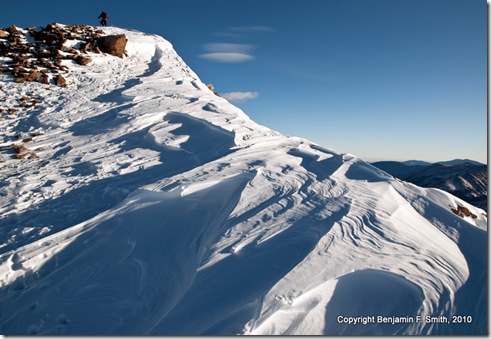 John Summits at Around 9:30 AM

John got to the summit a bit before me as I hung back to breath and take pictures. It was a great day and a fantastic climb. 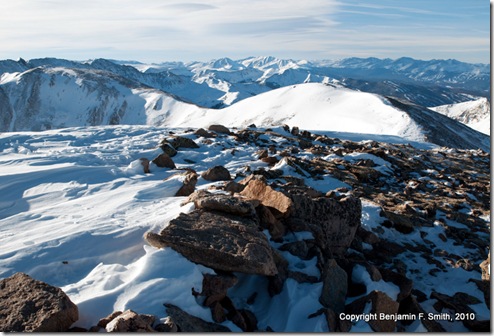 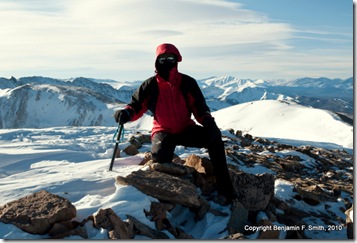 John at the Summit 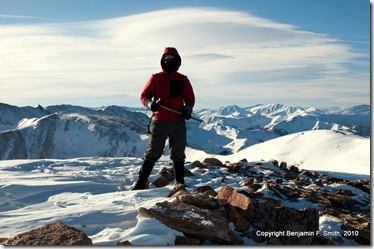 The return climb was pretty straight forward following our ascent path. It was still cold but rapidly warmed up as we descended from the ridge back down to Loveland Pass. It actually got warm enough that I had to take off my gloves and loosen my jacket. At this time the pass was packed with people, tourists, skiers a plenty. It was about 11AM and John and I were headed to Tommyknockers for a beer and lunch. 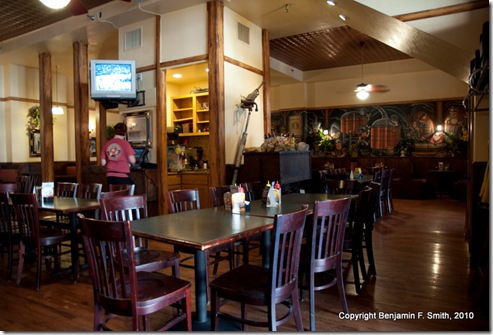 Tommyknockers in Idaho Springs. It was a Lot More Crowded When we Left at about 12:30